Thanks to all my coworkers for checking out and reading my posts!

Yup, I have gotten caught up in my old routine of come home, eat, fall asleep and feel too tired to do much besides prepare for work. I have to keep fighting and flowing with that feeling as I feel this will at least prepare me for Maling Kung Fu School when I'm tired and exhausted. Even though I've been tired and lazy I've still done pushups and situps plus some stretching each day. At the end of December I'll post my workout recap.

I decided to try out some Transcendental Meditation that my Uncle told me about at my sister's wedding. It basically is just closing your eyes, sitting down (or standing up) and relaxing. You can say a mantra, a phrase, in your head or aloud to help you and just try to "zone out" while controlling your thoughts. I think that is what it really is about it figuring out how your mind works and learning to control/calm it. I don't remember how long I did it for but it was certainly relaxing but not big revelations for me yet.

I'm just hoping this combination of meditation, prayer, study, and training will help me have a long healthy life. Not just a long one or just a healthy one... but both.

This weekend I'm actually doing something too, I'm heading out with a childhood friend to go watch some MMA fights. Hopefully it will be fun and it is different than our original plan to train but... we're both out of training right now focusing on work and study.

It will be great. 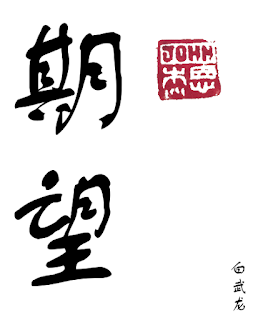 "I expect nothing yet am ready for anything"
- Thinking Body, Dancing Mind p. 135

Today's Taoism "lesson" is about expectations and how expectations can get in the way of your goals or performance. So I'm trying a little exercise that is in the book; List my [your] expectations for an upcoming event then rewrite it as a preference. After the event see if your expectations were met or not and write your thoughts.

Even though these things may or may not happen, I will not limit myself. The best will happen for me. (This sentence is apart of the exercise)

I was happy I was able to read the Chinese calligraphy of 期望  (qī wàng) which means "to earnestly hope" or "to expect".

I'm still studying Chinese slowly each day as I hope to continue to speak this through the rest of my life. I also think its fun to study Chinese because it is a very interesting and fun. I don't quite know why.

Anyways, I am using DuChinese to study as it provides stories every week in various difficulty levels. Today I'm reading the "Collecting Cardboard" story which, though advanced for me, provides a lot of new vocabulary for my to study and learn how to use.

除了 chú le "in addition to"
以外 yǐ wài "apart from, other than"

Now, I know some people reading might not study Chinese but maybe this gives you motivation or ideas on how you could continue to do your own projects or studies. I've finally found out a way for me to stay interested in learning Chinese (thanks DuChinese, Chinese Music and 女朋友！）and would like others to do the same in whatever hobbies they pursue.

Anyways, hope you're all doing well. I'm thinking tomorrows post will be about MMA and some Chinese music I found.

What are you doing this weekend? 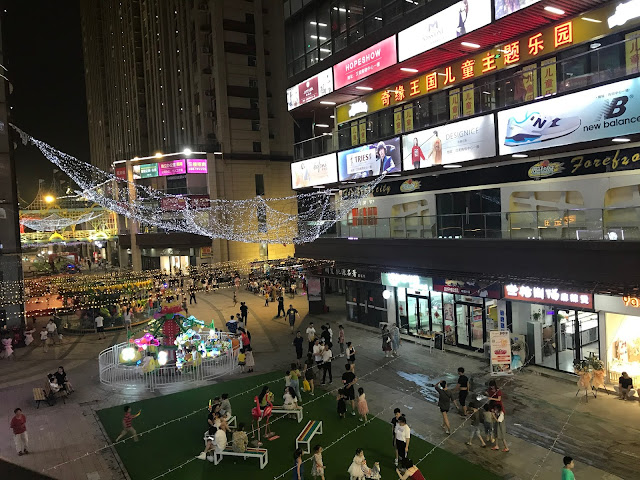 Johnny
新沂市, 江苏，徐州, China
你好, I'm Johnny and I hope that you enjoy reading about my life's adventure. From exciting travels to boring days at work. You'll hear it all.